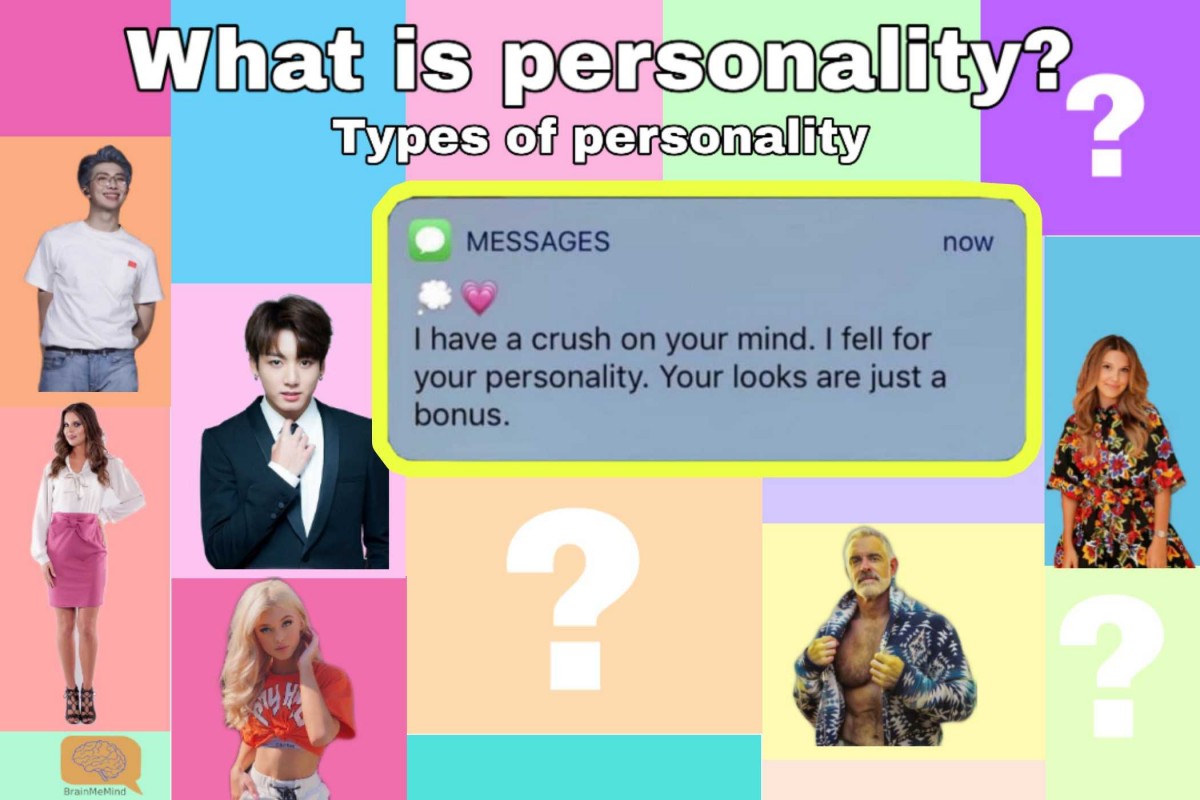 The personality can be defined as a set of behaviors and thoughts that involve individual differences of each person and only affect this person. This includes attitudes, ways of relating to other people, habits, skills, and ways of thinking.

Like intelligence, It personality is defined as a set of traits which have been increasingly discovered through research and studies. For many years, many people have defined personality in different ways, but with the same purpose or meaning.

Every personality contains a variety of common characteristics which are appreciated in their different definitions. All these definitions depend on the perspective one has of a person; we say that a person behaves in a certain way because of his personality or his way of being is like that.

This set of traits or qualities does not imply connotations of value but brings together a series of relatively stable and consistent elements over time. It also includes other elements such as cognitions, motivations, and affective states.

As we said before, there are many ways to define personality, however, one of the best definitions of this is that of the psychologist Bermudez, who defines it as a “relatively stable organization of structural and functional characteristics, both innate and acquired under the special conditions in which a person develops, which make up a peculiar team and define the behavior with which each person faces the different situations that may arise.

With this definition, we should no longer be saying phrases such as “X person has a lot of personalities” or “x person has no personality”. These ideas can be related but it is not exactly the same, each person has his personality.

Generally, when we use this type of phrases we refer to the character of a person -although we believe it is their personality- or to the ideas, they may have. Therefore, when we refer to a person “having no personality,” it is because we believe that person is not clear about his ideas, or has little initiative or is very dependent. We believe that because a person does not have certain characteristics then he does not have personality. So to have or not to have character does not define the personality of a person, but it is part of the set of characteristics that a person has; their way of thinking, of feeling, of living, of communicating, of getting excited, etc.

Personality is what can help a person build their identity and adapt to the world and everything around them. It gives people “style” and makes them unique. Among the elements of personality we can find the traits, both positive and negative (so considered by society). Among the traits a person may have are empathy, anger, solidarity, pessimism, optimism, moodiness, joy, resentment, honesty, and so on.

The traits can also be all those moral values that form part of the person’s learning during childhood and also of other innate elements. All these traits are what make up a person’s personality and define it as what it is.

Most people don’t know their personality and want to know what type they have, but how do you really identify a personality type?

Types of Personality According To Jung 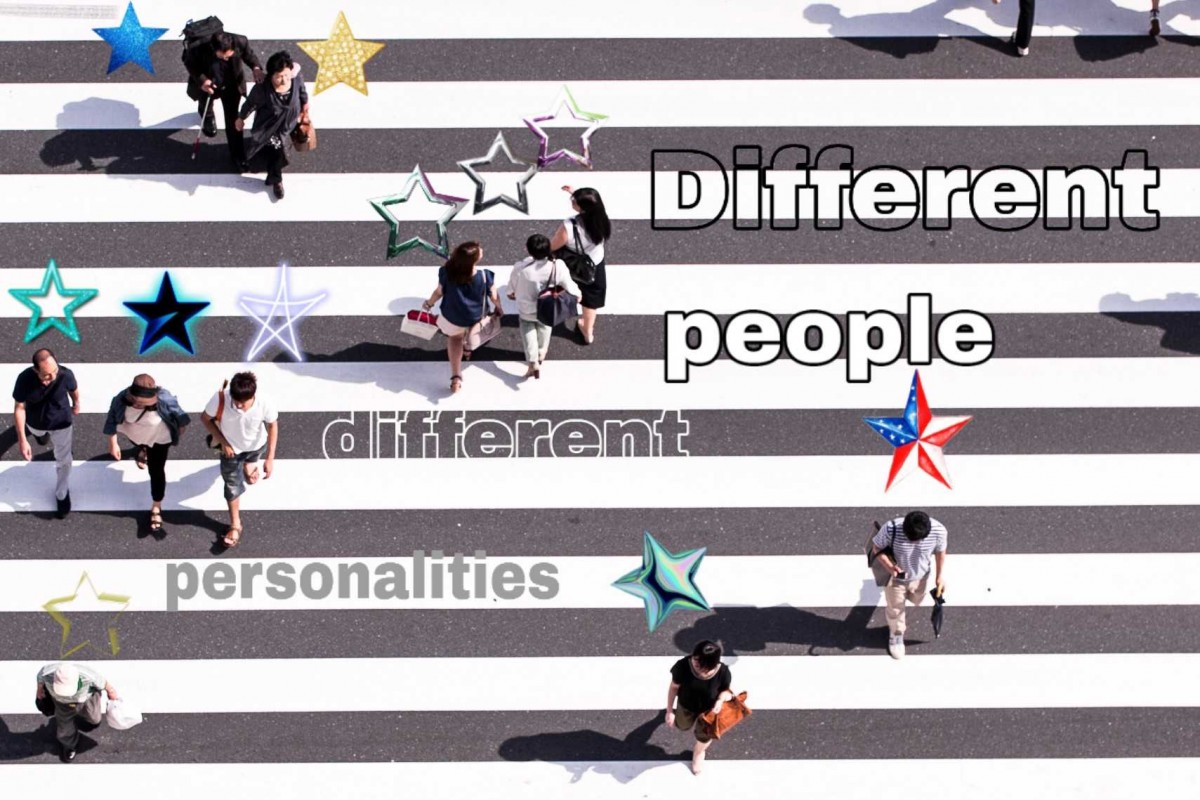 Identifying the different types of personalities has been a challenge for scientists and scholars. While it has been a challenge to establish a concept of personality, how would typify it. In fact, there are different authors who have constructed their own theories or models, but one of the most well-known classifications or typologies considered by many psychologists and doctors is that of the Swiss Carl Jung.

Jung suggested a division that is distributed in 8 types of personalities, of which four are derived from introversion and the other four from extroversion.

Among these types of personalities defined by Jung, we find people whose interest is concentrated on the plane of ideas, abstract thoughts, occurrences, and reflections. Perhaps they don’t care so much about what happens around them, because they are introverted, but it is their intellect that turns them into isolated beings. This personality is common in philosophers and people who ask themselves questions about the why of things.

On the other hand, there are people who are not very expressive, who do not speak much, but when they do they tend to be very kind and pleasant, which makes it easier for them to create links with other people or with small groups; they are sentimental introverts, who usually do not demonstrate attachment physically.

Another one that emerges from introversion is that of people who are able to focus on a situation or object and show a unique interest in that forgetting everything else because this generates internal feelings that catch him. This personality could be the one possessed by some artisans or artists when they immerse themselves in their art.

A type that many like, dreamers, people who are very imaginative and are able to imagine everything. They dream of changing the world, only with their thoughts, forgetting reality. These are known as the intuitive-introverts.

This people also attract a lot is that of those who have the ability to perceive reality in a particular way, developing at the same time a vision and a rigid thought, difficult to change. It is so strong that they try to impose their reality on those around them. This is the extroverted thought that forgets its emotions and feelings, only concentrates on one thing.

Another of the classic personalities is the one we see in people who are “the soul of the party”; we are talking about a nice, pleasant person who pleases everyone, the one who doesn’t care about being the way he is. He specializes in human relationships, so he is not ashamed to express his feelings with everyone, the outgoing sentimental. However, he does not tend to have a reflective thought of himself.

We also have changed people, who cannot or do not like to maintain contact with the same group but must be meeting new people to learn from the experience of others. The sensation-extrovert may be constantly changing the environment to meet other people.

Finally, there is the adventurous and enterprising personality, those who are not satisfied with the little, are always doing new projects, setting new goals and challenges and do not tire until they achieve them. We are talking about the intuitive-extrovert, which is neither intellectual nor sentimental, but faithful to itself and its willpower.

Types of Personality According To the Myers-Briggs Indicator

Once Jung suggested this division of personality types, the Myers-Briggs indicator was created, in which 16 personality types are proposed, the objective of which is that each person can identify with at least one of them, considering the most notorious and different elements. Next, we will mention them in an easy to understand way and with a simple characteristic.

Now we can stop judging people for “not having personality” and know and understand people more. We must simply accept and respect the decisions and personalities of others and learn to help others according to their lifestyle.