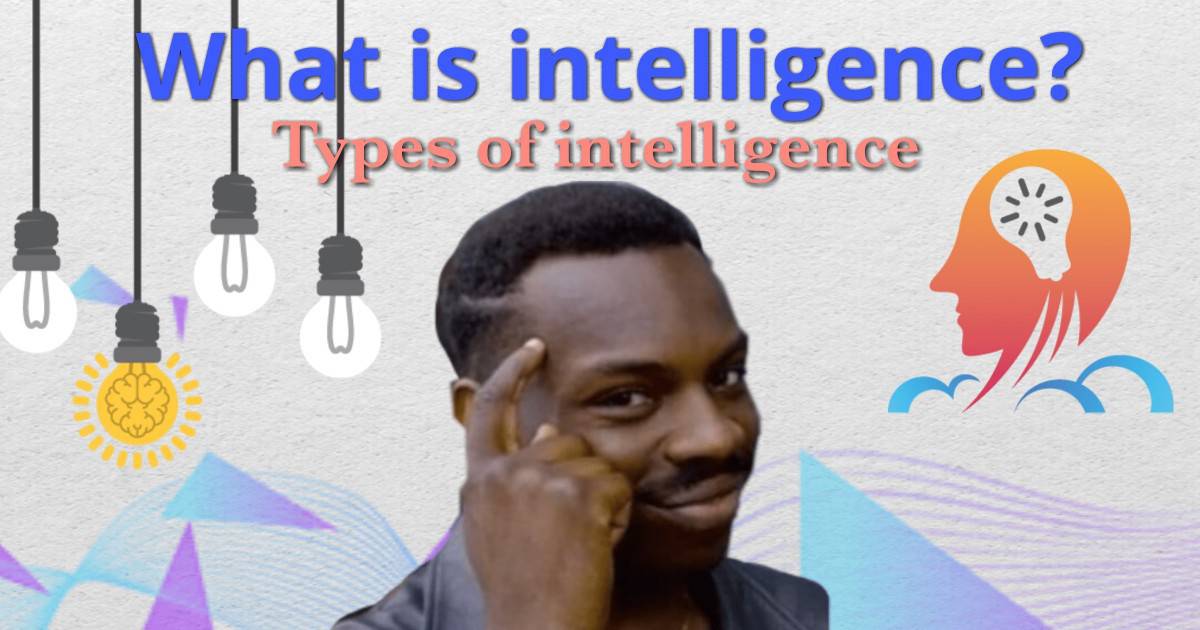 Intelligence is a concept that is defined from different points of view; however, all definitions always coincide. These definitions have been given for hundreds of years, but it was in 1960 when Vernon suggested a classification of the main definitions. These were based on three groups: psychological, biological, and operational. To learn more about this important subject we bring you this post where we will know exactly what it is, the types of intelligence and other important information.

One of the main definitions of intelligence is the ability to understand, assimilate, process information and use that information to solve problems.

The word intelligence has its origin in the Latin word “inteligere”, which is divided in two; intus, which means between, and legere, which means to choose. So it is easy to deduce from these last two terms that intelligence is what allows us to choose which is the best option that can be applied to solve a problem. See a simple example; a person needs to climb the roof of a house, this person will select the instruments necessary and appropriate to climb the roof thanks to the knowledge they have (mathematicians, logics, etc.), which will allow you to perform the action in the safest way, either with a rope, a ladder, etc.. Everything will depend on the intelligence of that person.

Currently, different types of studies have been discovered and carried out to measure the intelligence of human beings, although most of these tests only consider people’s logical, mathematical and linguistic abilities.

Through studies and research, it has been discovered that there are different types. Although the psychologist Howard Gardner was the first to make known the subject of multiple intelligences, which have their differences but are related to each other. Today there are many examples and types which can be noticed in “bad students”, uneducated people, shopkeepers, artists, athletes, etc. However, many people of these types achieved success and are recognized in different parts of the world, but how can this be explained?

There is a hypothesis that suggests the existence of multiple types, among which different types can be appreciated as following: This kind of intelligence is common in great orators, such as politicians. However, writers, poets or singers also tend to have this type is common in people who develop special skills for reading, speaking and listening to their receivers. As its name indicates, mathematical logical intelligence is seen in those mathematicians, engineers, scientists or economists who develop high capacities for calculation, hypothesis, abstraction or reasoning. This is one of the main of the traditional model, which together with the linguistic-verbal model, is measured and the Intellectual Coefficient (IQ) is established. It is discovered in architects, designers, pilots, photographers, artists, etc. For their great ability to perceive details visual aspects, or have the ability to draw or create images, mental or visual. The people who develop this intelligence more than others are because they have great abilities of balance, flexibility, rapid coordination of different parts of the body. This type can be noticed in professionals who have careers as surgeons, actors, models, sportsmen, dancers or artists. It is that whose people who dominate have facility and capacity to create and to study music. It is very common in musicians, composers, singers, orchestra conductors, and music critics. People who develop this type find it easier to understand other people’s feelings, emotions, and intentions, even if they don’t directly demonstrate it. This type is common in psychologists, psychiatrists, pedagogues, teachers, and lawyers. This is related to a person’s high capacity for self-evaluation of their feelings and vital goals. People who have this type of intelligence are usually very reflective and know themselves very well. It has no specific relationship with any profession because it can happen in different ways. Being the last to be discovered, this type is possessed by those people who have the ability to visualize and relate different species and groups of objects and individuals, recognizing the differences or similarities that may exist between them. Naturalistic intelligence is common in naturalists, botanists, biologists, etc.

The existence of different types does not mean that a person is going to have only one type of them, but that each person has a combination of them, only that some develop more than others. Although it is known that the types of intelligence that a person may have are something innate, these are usually reflected by the development of skills. As these skills are discovered, different activities can be stimulated and instructed to develop any of them even further.

A very remarkable way to see the separation of types of intelligence is to notice how they manifest themselves in people with mental disorders or disabilities, generally, this type of people can develop extraordinary skills such as performing calculations or making music, for example. For this reason, it is not possible to generalize a test to measure the intellectual coefficient of a person, since these only consider the logical-mathematical intelligence and the linguistic intelligence, instead of making a study of all the intelligence that the human being may have. Having already mentioned the different types, we leave this section to explain another type: emotional intelligence. This intelligence is the one that allows the learning of a person to be much easier, also allows to generate more confidence in oneself and allows to understand personal emotions as the interests and emotions of others.

Emotional intelligence is something that should develop all people in the world, especially those in the world of work. Because good management of this can make problems are optimally solved, be more creative and constructive and achieve agreements and goals. In addition, it allows you to keep the focus on good working relationships within companies and to set priorities. And like the previous, this can be exercised and trained to be better every day.

However, tests and studies have been conducted to measure the levels of a person’s multiple intelligences. This is done with the purpose of helping him with his professional orientation, knowing the possible activities in which this person would perform better or which intelligence should be developed.

Since the different types of intelligence have been discovered, academic training has been interdicted, due to the fact that this type of training only focuses on linguistic-verbal intelligence and logical-mathematical intelligence, leaving aside all the others.

That is why modifications have been implemented in different types of academic training so that people can develop skills that they would not develop with a common educational curriculum. We are talking about logical adaptations to which people with different abilities are subjected so that they can develop these even more.

To visualize this better, see the example of a teacher, who needs a high linguistic-verbal intelligence to transmit knowledge. But this will not be a good teacher if he does not develop his interpersonal intelligence which will allow him to have empathy with his students and have a better relationship with them that will allow him to develop better in classes and know if you understand what he is teaching.

Be wise is the same as being intelligent? Absolutely not. An intelligent person is not exactly a wise person. Wisdom is about knowing how to sew, to have knowledge. On the other hand, in intelligence knowledge is used, although many times we can know many things but we do not have the capacity to solve a specific problem. That is why there are people who collapse, because they say they have a lot of knowledge, but it turns out that they can not solve all the problems that may arise.

Wisdom can also be defined as the application of knowledge, of intelligence for the resolution of certain problems; it means that one can go together with the other.

Another concept that people tend to confuse it with memory. However, they are different concepts, although they relate to each other. Memory is what allows a person to remember some concept or definition, but this does not mean that he understands or understands it.

Perhaps that is why it is very difficult to determine a single definition. But with all that we have mentioned here, we hope that at least you have a clear idea of what it means to be intelligent and how it can be seen in different types of people.

What is a dream? The science behind a dream. Type of dreams