Depression, along with anxiety, is one of the most common mood disorders and present in the general population, being able to be present in population groups of all ages, genders or social origins. It is considered the clinical appearance of negative moods such as sadness, melancholy, unhappiness, anger, frustration, feelings of dejection or loss, which despite being common feelings present throughout life, can occur according to their category for short or long periods of time, continuous or repetitive, and which may or may not obstruct in the normal development of daily activities for considerable periods of time, being severe depression included today in the list of diseases in the category of disability for terminal diseases . Statistically speaking, there are considerable differences due to the number of factors surrounding the manifestation of the disease but it can be concluded that 65% of people with depression are seriously disabled and between 8% and 12% of the population has passed or will pass for a depressive episode throughout his life and being typical to appear in people between 20 and 25 years of age.

At present, the World Health Organization considers depression as one of the most debilitating pathologies worldwide.

To conclude, it can be said that when the mood of an individual at a certain time in his life suffers acute and prolonged feelings of sadness or related symptoms that prevent the person from relating to others, working or facing the daily responsibility of everyday life, Sadness becomes a disease, which is known as depression. 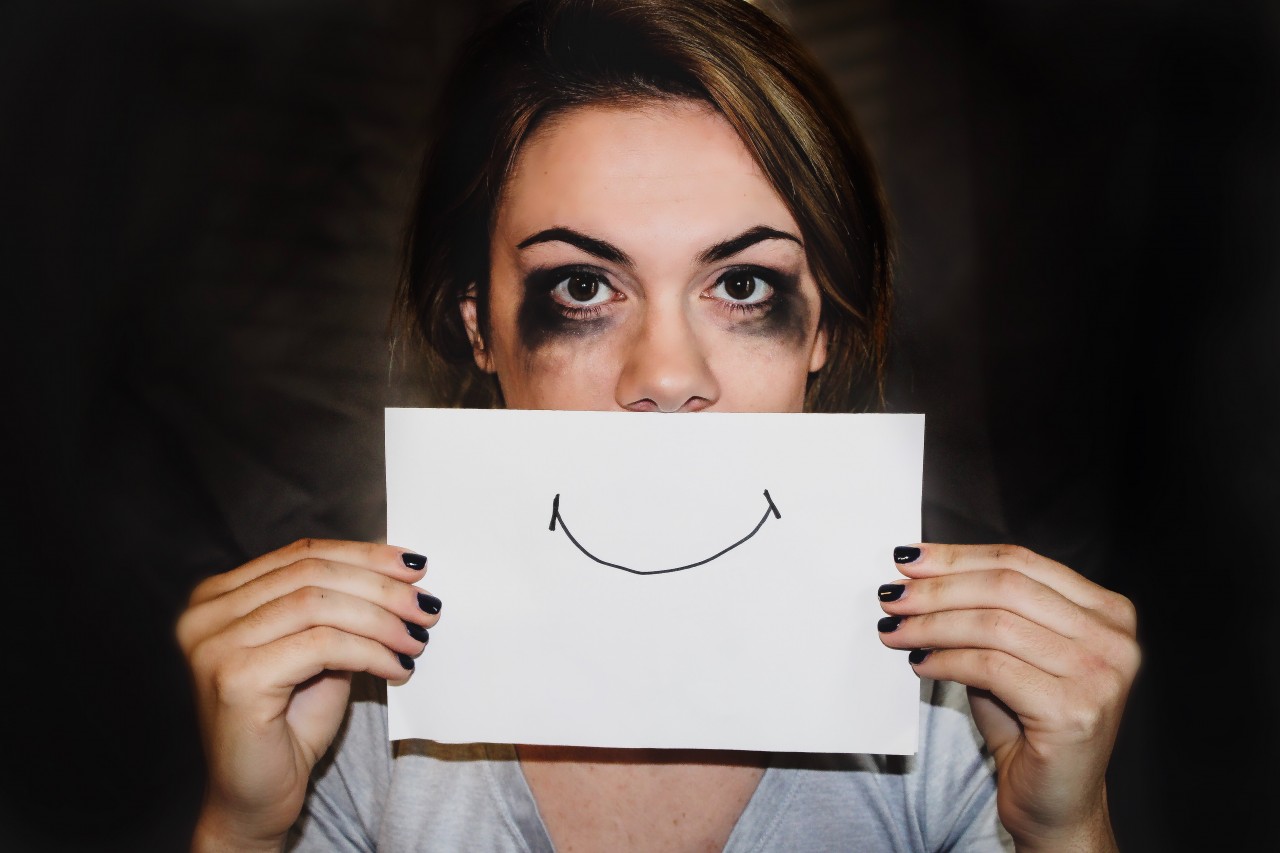 Due to the complexity that exists in the diagnosis of depression in a specific symptomatic psychological or physical canon, there is no exact “explanation” of the causes or triggers of this as a disease, but biochemistry can help explain some cases to establish some variables to consider within any clinical report. These biochemical alterations can be divided into:

Biological differences: People with depression have observable physical changes in the brain. It has not been specified that phenotypic differences in brain structure are the cause of depression, but it has been an important basis of the study.

Chemistry of the brain: Neurotransmitters are chemical substances that are naturally found in the brain, it is a biomolecule that allows neurotransmission, that is, the transmission of information from one neuron to another neuron, a muscle cell or a gland. The neurotransmitters serotonin, dopamine and norepinephrine interact with the neurocircuits involved in maintaining mood stability, control of emotions, body temperature, appetite, hormonal levels, sleep, and blood pressure. Studies indicate that changes in the function and effect of these neurotransmitters may have an important role in depression and its treatment, by correcting imbalances in the levels of brain chemicals, especially serotonin.

Hormones: Depressed people show very high levels of cortisol and changes in the hormonal balance of the body may have a fundamental role as a trigger. Hormonal changes can occur in pregnancy and during the weeks or months after delivery, and due to thyroid problems, menopause or other disorders, these disorders being the most common in people who go through a depressive relapse.

Hereditary traits: There are certain pairs of genes in our genetic branch that could intervene in the origin of depression, being more possible or frequent in people whose relatives have this disorder in their medical history. As well as it can be caused by certain inconsistencies in the “normal” hormonal levels of the person for hereditary reasons. 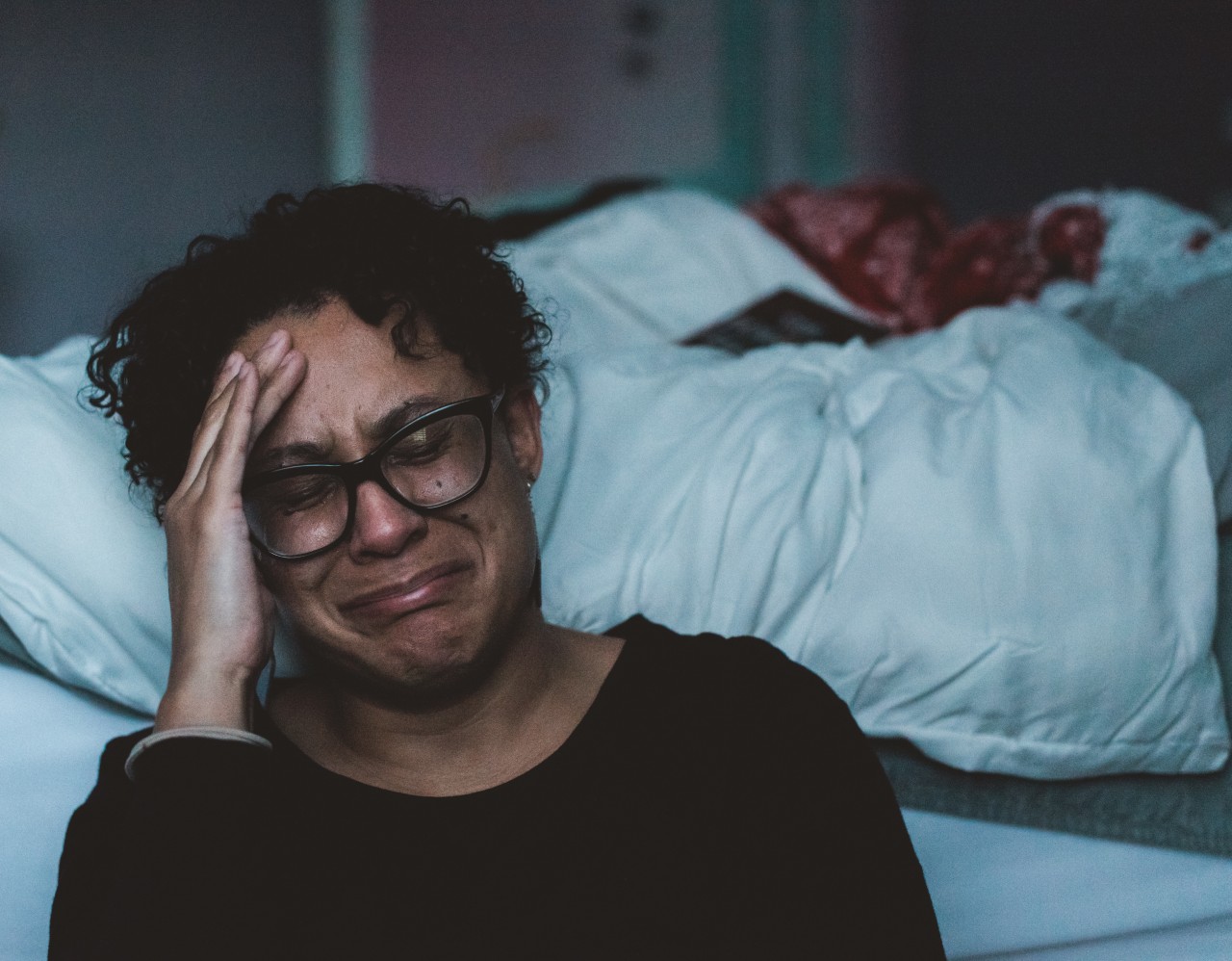 To diagnose depression it is very important to carry out an exhaustive study on the patient’s history, to determine the appearance of symptoms, duration, routine specifications and use of drugs, alcohol or vices, to use it as a basis when performing the examination of the mental state of the patient, to determine causes and how it has affected the speech, thought or memory patterns. And to diagnose a depressive disorder must be given in a minimum period of two weeks some of the symptoms that we indicate below being manifest in different ways mainly according to their age and gender

• change in mood, loss of interest or ability to pleasure.

• Depressive mood most of the day as indicated by the subject himself or the observation made by others.

• Fatigue or loss of energy almost every day.

• Excessive or inappropriate feelings of worthlessness or guilt.

• Decreased ability to think or concentrate, or indecision.

Symptoms of depression in children and adolescents:

• use recreational drugs or alcohol

• eat or sleep too much

-Symptoms of depression in older adults:

• Fatigue, loss of appetite, sleep problems or loss of interest in sex, which are not the result of illness or medication

• Want to stay home often, instead of going out to socialize or do new things

The causes of depression are varied in a wide range of sociological reasons, such as the stress of a highly urbanized city, job dissatisfaction, changes in interpersonal relationships, lack of adaptation to new scenarios or situations … psychological, such as going through family tragedies, emotional losses, living in an environment that is not very enriching, sadness due to association and example of housemates… or biological, such as alterations in biochemical levels or associated with other pathological conditions. To deepen these reasons we will branch them according to the psychological effect due to their social stratification and according to their detonating biological origin.

• Women: The main cause in women is related to the hormonal disorder caused by the nature of the menstrual cycle throughout their lives and its branching at different times such as pregnancy, pre, and postpartum effect, maternity, menopause and side effects of contraceptives.

• Men: statistically there are fewer diagnosed cases of men than women, this associated with certain psychological – social canons in which man does not usually manifest overtly the symptomatic picture of a depressive person, if not evaluated and analyzed through others factors such as alcoholism or antisocial behavior.

• Elders: Physical deterioration, loss of family or friends, confinement, failure to perform activities that used to give satisfaction or pleasure are some of the psychological reasons for mood deterioration in elderly people, being poorly considered for the popular thinking that that loss of vitality in the elderly is “natural”.

• Children and adolescents: abuse by their relatives or peers, academic problems, hormonal changes during growth, losses of loved ones or that one of the parents suffers from severe depression, weakening of emotional ties, among others, may increase the risk of suffering the disorder.

• Residents in large cities: it has been proven that inhabitants of very populated cities or metropolitan sectors are more vulnerable to suffering from severe depression, rather than in rural areas, without knowing for sure if they are environmental, social or labor factors.

• Chronic patients: it is common for patients who have recently been diagnosed with a terminal illness or a severe illness to develop a depressive disorder as a result of their condition.

• Drugs and alcoholism: A high percentage of depressions is caused by the use of depressive drugs, among which are alcohol, narcotics, sedatives, and tranquilizers.

• Persistent depressive disorder or dysthymia. It is a depressive mood that lasts approximately 2 years. Throughout that period, you may have moments of major depression along with times when the symptoms are less severe, so the cause may vary numerously throughout the patient’s history.

• Premenstrual dysphoric syndrome (PMS). Depressive symptoms that occur one week before menstruation and disappear after menstruation.

• Seasonal affective disorder (SAD). It occurs more frequently during the fall and winter seasons and disappears during spring and summer, most likely due to lack of sunlight.

• Bipolar disorder or manic-depressive illness. The prevalence of this pathology is not as high as the previous two. It is characterized by mood swings. Very high moods are succeeded by very low ones. These changes are abrupt at times, but most often they are gradual. In the cycle of depression, people have some or all of the symptoms of a depressive problem.

•Postpartum depression: is a problem suffered by two-thirds of mothers that manifests itself with a bit of sadness and anxiety. Some mothers suffer a total rupture, called postpartum psychosis. The reasons why it occurs are not very clear. It can be stress, hormonal imbalance produced during pregnancy and subsequent delivery. Besides, during pregnancy, the levels of endorphins rise, a human molecule that makes the body feel good. This molecule also decays after giving birth. Among the main symptoms of postpartum depression, deep sadness, insomnia, lethargy, and irritability stand out.

For the rehabilitation of the person suffering from depression, how they interact with their immediate environment becomes fundamental. Receiving understanding, tranquility, affection, and support is the main motivation for the possible patient to continue assertively and effectively any treatment that is available to him for his rapid recovery since discouragement, despair, and instability are the main causes of abandonment of group therapies, pharmacological treatment routines or psychological sessions.

Depending on the problem and severity, the treatment against depression is of two types: pharmacological and psychotherapeutic or is performed with a combination of both if the case merits it, being the essential and necessary pharmaceutical treatment regardless of the line of treatment to follow, since it is necessary as a control of the symptoms before recovery and subsequently to prevent any imbalance or manifestation of the disease. Medications and therapy do not work for everyone in the same way, for this reason, if you do not feel better after 6 or 8 weeks after starting your treatment, when the cases are serious, there is another type: electro-convulsive therapy or electroshock.

• Pharmacological treatment: it is performed through antidepressants that are used to act by increasing serotonin levels in brain cells. Each class of antidepressants does it differently. They do not usually cause dependence. They usually take effect three to six weeks after starting treatment. If there have been no advances at this time, the doctor usually chooses to change the treatment, adding more doses or opting for another antidepressant. Among its most common side effects are insomnia, nervousness, sexual dysfunction, nausea, dizziness or weight gain.

• Psychotherapy: its purpose is to help the patient to get to know each other better and to change their bad ways of thinking, feeling and acting, through the routine of assistance with a specialist in the field of psychology or psychiatry who will guide you in the process and with the Competent assessments

• Electro-compulsive therapy: it is used in more extreme cases of imminent danger of suicide, or the event that the patient does not react to the pharmaceutical dosage or has any particular condition related to any other disease that significantly deteriorates it.

People with depression, being a condition with a repetitive tendency, it is important that they follow certain lifestyle and practice advice regarding behavioral improvement so as not to decay into new depressive episodes:

• Accept oneself. Do not compare yourself with other people you consider favored.

• Follow the treatment imposed at all times and until the end.

• Meet periodically with the therapist.

•To do physical exercise.

what is addiction. Types, symptoms, causes and treatment.