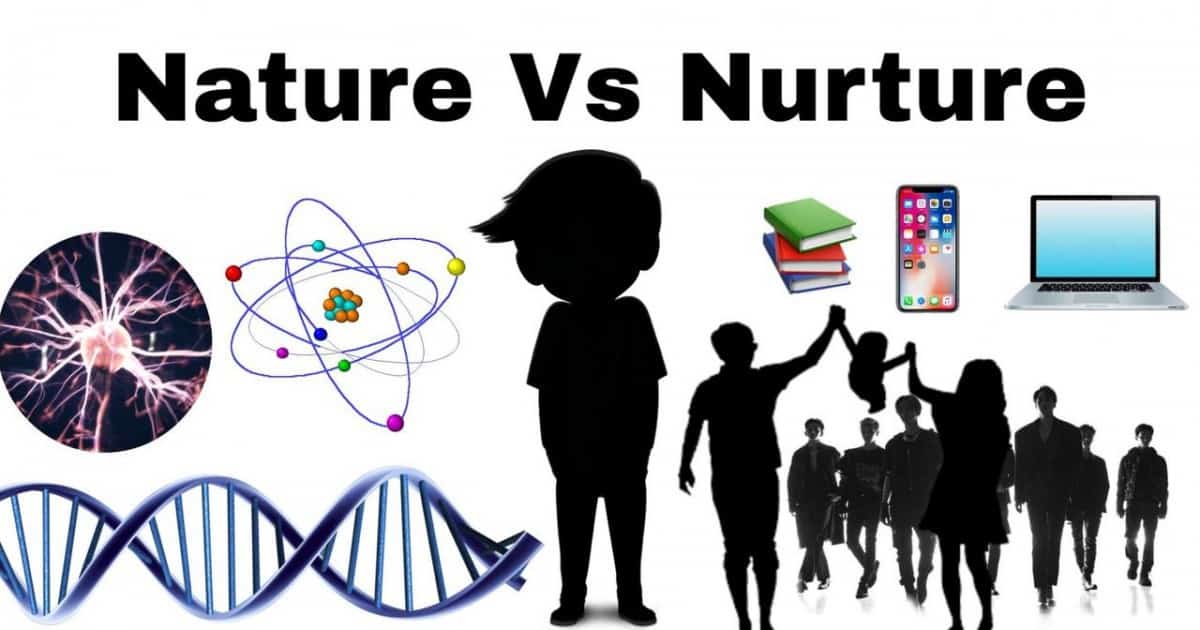 Nature and nurture are two principal factors that psychologists consider vital in the course of personality development. Science backs the knowledge behind the argument that individuals’ strengths and weaknesses are as a result of nature and nurture. To explain this, science debaters tend to somehow rage between the findings of the scholars and other individuals trying to establish what this controversy is all about. The debate itself is of great importance, with crucial social implications especially those things that psychologists think are significant in determining people’s intelligence or the ability to learn. This article therefore discusses what’s nature, nurture, their comparisons and relevance in human development.

Nature refers to the genetic/ biological predispositions that impact an individual’s personality traits. In other words, nature simply means what individuals term as pre-wiring. Nature is influenced by various biological factors such as genetic inheritance. It’s innate, as opposed to nurture which is influenced by external exposure.

Part of nature’s argument is based on nativism. Nature dictates that certain physical traits are biologically influenced by genetic heredity. This is the essence of the extreme nature position. For instance, skin pigmentation, curly hair, and color of the eyes are all accredited to genetic inheritance.

From these facts, we are left speculating on whether psychological traits such as mental abilities, personality attributes, and behavioral tendencies are as well pre-wired before one is born.

Nativism refers to the adoption of an extreme nature position, and the individuals who adopt this position are referred to as nativists. The basic assumption of nativists is that the traits of human beings as a whole are determined by evolution, and are the product of evolution. Besides, they hold to the assumption that an individual’s differences are as a result individual’s unique genetic codes.

Generally, nativism suggests that the earlier the various traits appear, the more likely to be influenced by genetic factors they become. This further leads to heritability; the estimates of genetic influence.

Examples of nativists in psychology include Freud and Chomsky. On his part, Chomsky proposed that people gain language through the use of an innate device known as Language acquisition device. On the other hand, Freud suggests that aggression is an innate drive that’s never influenced by external exposure.

Some human characteristics aren’t observed at birth but they later develop in life when individuals mature. Such traits and differences are said to be maturation products. That means that all members of human species are fitted with an inner biological clock that switches itself on and off at some particular points in life. Human beings, therefore, have their behaviors and differences set in pre-programmed ways.

The significance of the innate biological clock is that it affects an individual’s physical development and bodily changes that occur in puberty and early adolescence. Besides, nativists also argue that maturation influences the emergence of human attachment in infancy, cognitive development, and language acquisition.

The Relevance of Nature in Human Development

Nature generally influences the individual’s genetic make-ups on intelligence and cognitive development. Besides, through the innate biological clocks, it determines the life stages at which some physical characteristics emerge.

Without nature, it’s impossible to account for the genes that dictate what the child eventually becomes. Nature, therefore, helps us study some factors such as genetics, family, friends, experiences, relationships, and education, all of which contribute towards the physical and cognitive development of a child.

While nature focuses on the genetic make-up of individuals, nurture focuses on external factors such as relationships, education, friends and family. Nurture, therefore, means the environment and how it contributes towards human development. It means the impact of one’s family, upbringing and education.

Having looked at nativism, this scope investigates the spectrum of environmentalists. Empiricists hold the basic assumption that human beings are born with their mind being a blank slate (tabula rasa). Through exposure to the environment, these blank slates are gradually filled with knowledge.

Basing our argument on this view, we can say that the behavioral differences and psychological traits that emerge from birth through infancy to adulthood are completely as a result of learning. This means that it’s the individual’s upbringing (nurture) that dictates the psychologically crucial aspects of one’s development and the maturation concept only applies to the biological aspects.

For instance, empiricists argue that some behavior aspects such as aggression are learned from the environment by observing and imitating. In contrast to the nativists, they further argue that language is learned from older people through the use of certain behavior shaping techniques. In regards to language learning, parenting is taken to be the most important feature of nurture to a child’s development.

The Relevance of Nurture in Human Development

Nurture plays a vital role in enabling children (infants) to adopt human-like behaviors. Without nurture contribution, we could end up having feral children, whom after spending most of their time without human interactions, lose many human traits.

Nurture is the most crucial factor that determines an individual’s behaviors and personalities. Besides, nurture equips human beings with instincts that aren’t there in feral children. As a result of the interaction with the environment, human beings can shape their personality and determine who they are. Nurture dictates that at first, our brain is a tabula rasa, and we need the environment to have our empty slates gradually filled with knowledge.

Besides, the nurture provides health benefits. For instance, if one is at risk for diabetes and heart diseases, they get the medium for physical exercise and healthy diets.

The difference between nature and nurture is mainly based on what they are and the factors influencing each of them. Nature, on its part, is the individuals’ innate traits (Nativism). It refers to the genes that determine individuals physical and personality characteristics. Nature is determined by family and biological factors.

On the other hand, nurture refers to the individual upbringing from childhood, and the environmental factors that help to shape one’s personality traits. Nurture is solely influenced by environmental and social factors.

What is child psychology? Understand your child