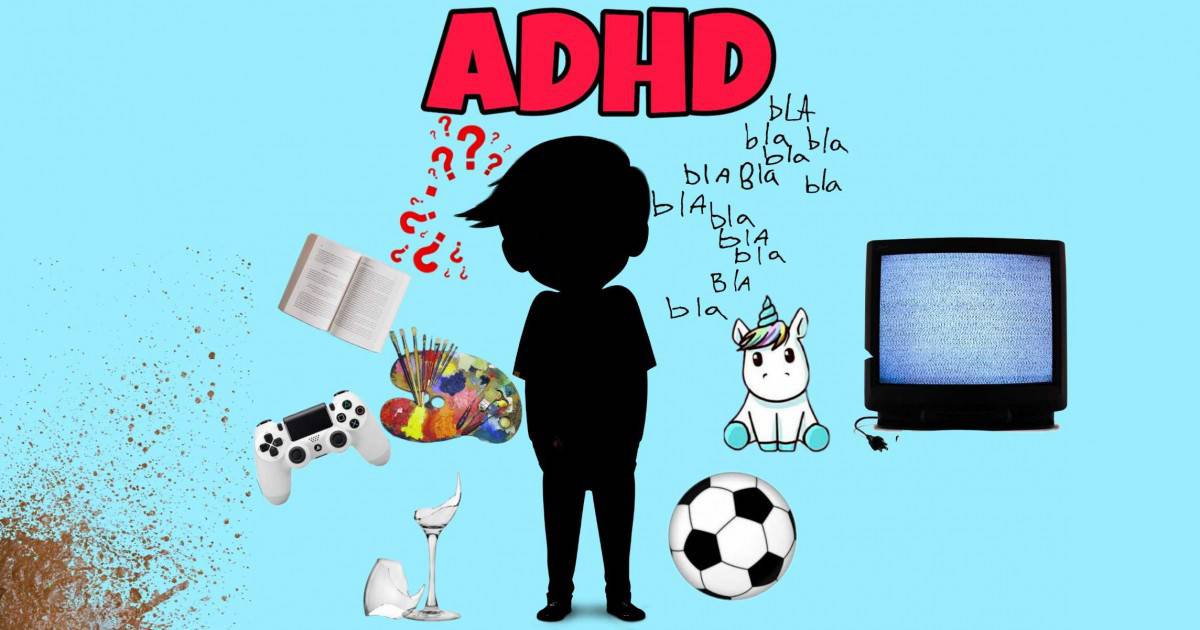 Attention deficit hyperactivity disorder is a psychic disorder that makes you find it hard to pay attention or manage impulsive behavior. People with this disorder often find themselves moving about in times when they are supposed to be settled. Besides, it’s common for one to uncontrollably interrupt others. These are just some of the negative signs of someone suffering from ADHD.

Most people may be tempted to believe that ADHD is a childhood disorder. Based on experiences and observation, they could be right to some extent. This is due to the fact that the disorder begins right from childhood. However, ADHD not only torments children at an early age, but it continues through adolescent and adulthood.

The hyperactivity improves when the child gets into adolescence. Afterward, challenges with attention, poor impulse control and disorganization continue through the teenage years into adulthood.

Brain scientists that most common disorders such as anger-control problems, mood disorders, obsessive-compulsive disorders, and anxiety are a result of the deficiencies in specific neurotransmitters.

Dopamine, therefore, plays a role in ADHD. This is due to the fact that the chemical transmits signals between brain nerves and it’s linked to mood, sleep, learning, attention, and movement.

Attention deficit hyperactivity disorder is characterized by impulsivity, hyperactivity, and inattention. Due to these signs, most people tend to link the disorder with chaotic family life, indiscipline and obsession with TV.

On the other hand, research suggests that the causes of ADHD are far beyond these factors. From the medics’ point of view, the disorder is largely linked to genetics.

However, we can’t overlook the contributions of the environmental factors in the development of attention deficit hyperactivity disorder. We, therefore, need to separate the facts from the myths concerning how one can develop this psychic disorder. The following are some of the causes of ADHD.

Studies have suggested that there is a close relationship between pesticides and ADHD. A study conducted in 2010 showed that most children whose urine had higher levels of organophosphate were exposed to higher risks of ADHD. Besides, a similar study of 2010 indicated that women whose urine had a high level of organophosphate had a higher probability of getting children with ADHD.

Alcoholism and Smoking during Pregnancy

Exposing a fetus to tobacco and alcohol improves their risk of getting ADHD. Children born to alcoholics and smoking mothers are 2.4 times likely to suffer from ADHD than those born to non-smokers and non-alcoholics.

Tobacco and alcohol develop fetal alcohol syndrome and effects, and most of the symptoms seen in these drugs users are the prominent features seen in ADHD.

Neurotoxins such as lead have been removed from most schools and homes. However, we still find some of their traces everywhere. A study conducted in 2009 showed that children with ADHD registered higher blood-lead levels than kids without the disorder.

Neurotoxins such as lead are very harmful to the developing brain tissue and may have life-long impacts on the behaviors of children exposed to them at an early age.

Some preservatives and additives have been banned in most European countries after health-related studies linked them to the high cases of children with ADHD.

Food containing mixtures of certain artificial food colors and sodium benzoate were found to constitute to hyperactivity in children. However, food additives and preservatives are safe when used in the right way. Besides, most of them don’t need to be labeled when being packaged. It’s only that some brightly colored processed foods tend to have more additives, and only a limited number of children are able to avoid it.

The research has shown that school and college students who spend more of their time on screens have more challenges with attention than those who don’t. The theoretical part of it is that constant stimulation from video games and TV makes it hard for children to concentrate.

However, experts explain that exposure to the screen alone can’t be attributed to the high number of ADHD cases. To bridge this gap, they admit that even though screens lead to inattention, kids with ADHD gravitate more towards the TV, mobile and video games.

Signs and Symptoms of ADHD 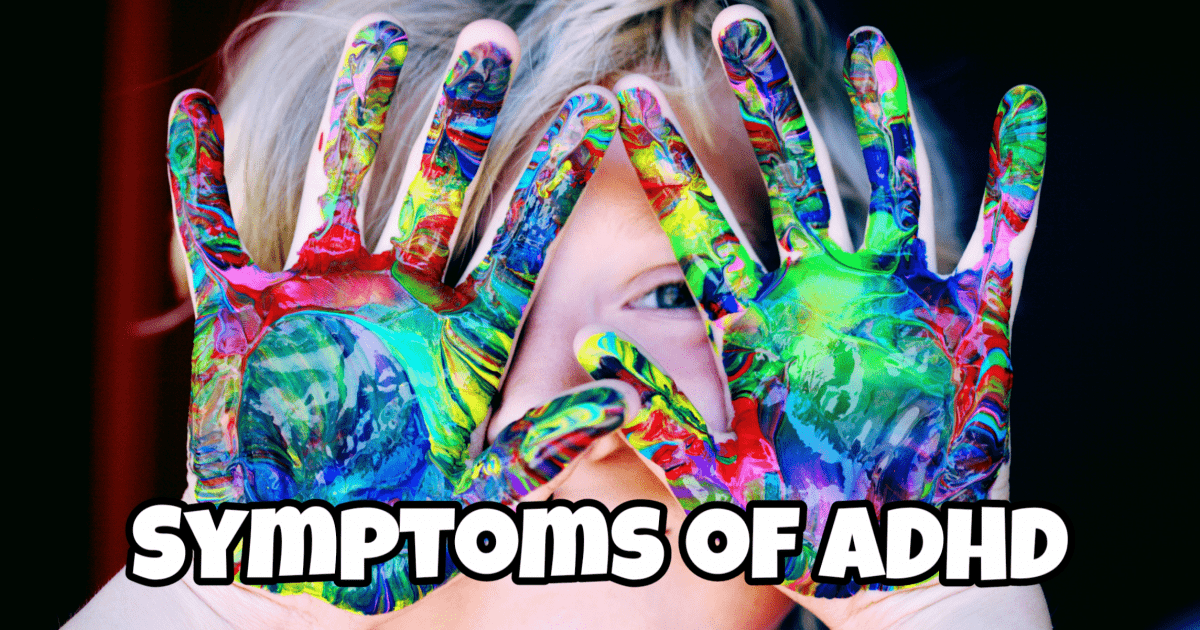 There are many signs that may indicate that your child has ADHD. However, concentrating on a single symptom may not necessarily mean that one has the disorder. For proper diagnosis of Attention deficit hyperactivity disorder, the doctor will need to examine your child using various criteria.

The following are the common symptoms of ADHD that may be observed in children.

A child with ADHD is self-focused. This behavior often makes the child interrupt others in games or conversations even in cases where they’re not concerned.

Children with ADHD find it difficult to recognize other people’s desires and needs. It’s this behavior that makes them keep on interrupting others and find trouble waiting for their turns.

3 Trouble Waiting For Their Turns

Children with ADHD can’t sit to wait for their turns when chatting, playing or conducting classroom activities with other kids.

It’s difficult for a kid with ADHD to sit still. Children with this disorder often try to busy themselves by fidgeting, running around or squirming in their chairs when you force them to sit still.

Children with ADHD tend to show interest in many different things but finishing them becomes problematic. For instance, a child may start a chore, project or homework and instead of finishing it, move on to the next task that seems more interesting.

Fidgeting behavior can make it hard for children with ADHD to quietly engage in leisure activities or play quietly.

Kids with ADHD find it difficult following instructions that need them to plan or execute a plan. This often makes them make careless mistakes. However, this doesn’t indicate a lack of intelligence or laziness.

Children with ADHD may have trouble getting organized or keep track of activities and tasks. This usually results in problems while they’re in schools as they find it difficult to prioritize school projects, homework, and other school tasks.

Kids with ADHD exhibit symptoms in multiple settings. For example, a kid may show a lack of focus both at home and in school.

Children with ADHD tend to be forgetful in their daily activities. For instance, they may forget to do their homework or house chores. It’s also common to find them losing things such as pens or toys.

Kids with ADHD aren’t always loud and rambunctious. They often remain quiet and less involved than other children. A kid with ADHD may daydream, ignore everything happening around him or just stare into space.

12 Keeping Off From Tasks That Require Extended Mental Effort

Lack of focus may cause children with ADHD to avoid tasks that need sustained mental effort such as doing homework or concentrating in class.

(This is just for information purpose. Take expert advice before making any decisions.)

Treatment of ADHD greatly helps relieve the disorder’s symptoms and enables the victim to lead an easy daily life.

The disorder may be treated using therapy or medication or the combination of both.

Take expert advice before taking any of the treatment or therapy.

Other than medication, there are different therapies that can be of great help in the treatment of ADHD. Some of these therapies include;

Patients with ADHD need to eat a balanced diet. They shouldn’t cut out food before consulting their doctors.

Alongside these medications and therapies, parents and caregivers are encouraged to seek help from local support groups. Besides, they should love their children so as to make them feel valued and help them cope with the situation.

Who is a bully? know signs of bullying

What is child psychology? Understand your child

6 Ways Your Childhood Affects Your Love Style Our childhood has a profound impact on the things you do later on in your life because your childhood is a place where you usually have the...